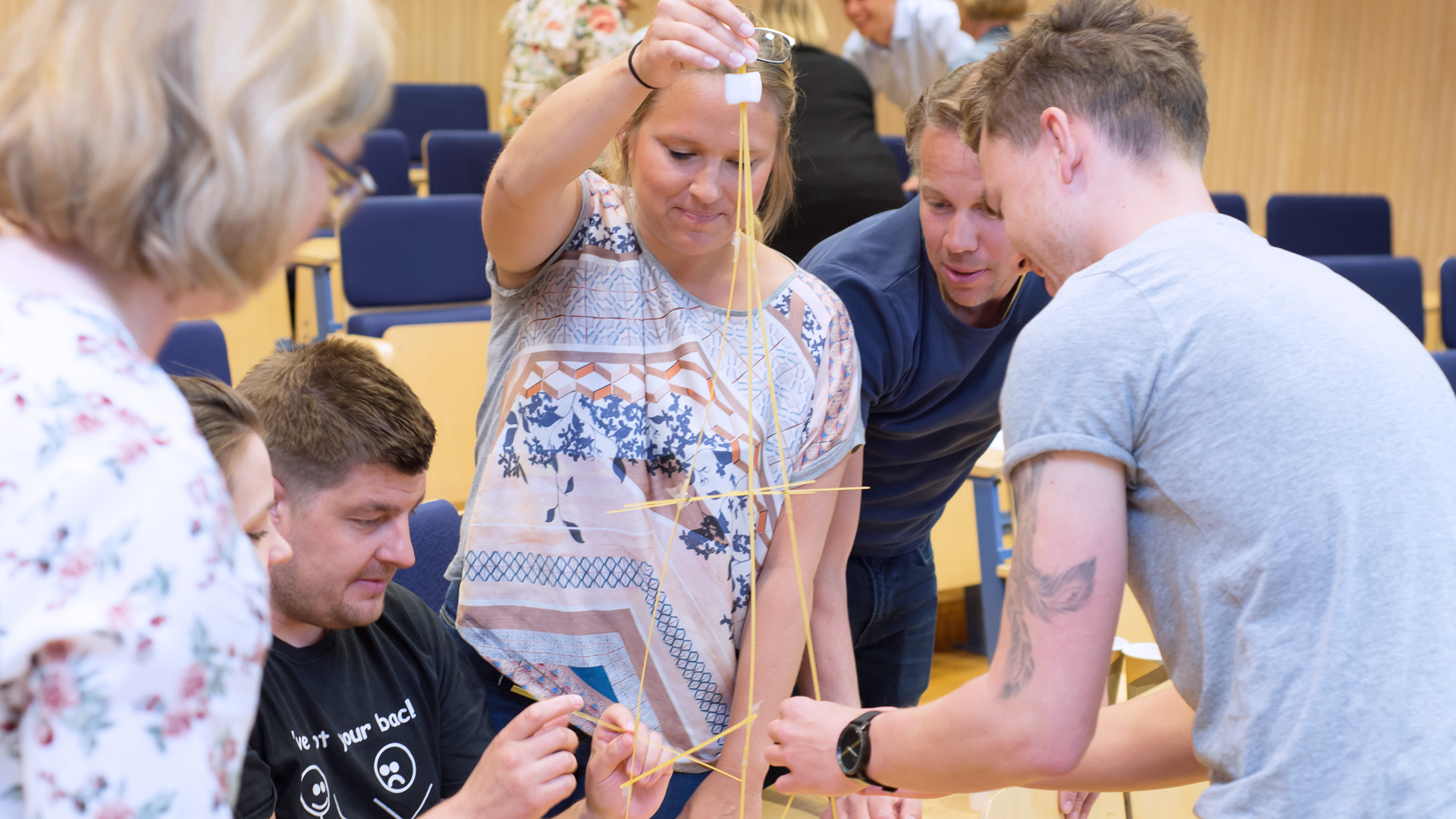 Would you like you’re staff to cooperate and deal with errors in the same way as flight crews?

The history from the aviation-industry proves that it’s possible for a well trained and competent crew to crash a fully functional airplane. No matter how competent we are in our professions we occasionally make mistakes.

The best protection we have from mistakes is each other. It’s usually rather easy for us to identify everybody else’s mistakes.
A team that is aware of a mistake, and that is properly trained in CRM, can isolate the mistake and solve the problems it may have caused before it has any effect in the everyday business.

This approach has been a natural part of the aviation industry since the eighties and it has stopped numerous disasters.

Since the nineties CRM-training has been a legal requirement for commercial air operations world wide.

CRM was created and defined by NASA as a response to a series of tragic and unnecessary accidents during the seventies. These disasters were caused by mistakes made by, usually proficient, pilots that had a bad day and was unable to stop their mistakes as a Team.
A very typical situation was that the Captain (FC) had made the mistake and the First Officer (FO) identified it. Sometimes the FO tried to inform the FC about the problem but was silenced in different ways. Other times the FO gently hinted that what the problem was and the FC didn’t understand the gentle hints.

Similar unfortunate behavior is present in other industries as well. The problem can arise between doctors and nurses, CEO and middle management, fire/rescue commanders and fire fighters etc. It seems as it is an unfortunate bi-product of people working together but the unfortunate behavior can be removed by proper training and procedures.

A team that works according to CRM-principles and have undergone training will perform better when it comes to handling mistakes and making decisions together. They will also have less agitated conflicts and be safer if they work in a dangerous environment.

CRM teaches us that we are all wrong from time to time and that we need each other to identify the mistakes that we make. This doesn’t seem very complicated but its complicated enough to have caused thousands of peoples deaths. During a CRM-training the participants understand that people are different and they train on collaborating with each other in an environment isolated from operational pressure.

The CRM-concept has been such a success in the aviation-industry that other industries (military forces, healthcare, offshore, banking, construction etc) have implemented it or similar types of concepts.

How is it done?

CRM-training is a fun, interactive and instructive process.

At the end of the training most participants wonder ”how come we haven’t done this before?”.

Länk till artikel i VLT.